Right at the centre of the new urban landscape of Dubai Creek Harbour, the Iconic Mosque marks a new milestone for Dubai.

The client’s brief was to create an iconic mosque right at the centre of the new Dubai Creek Harbour. It had to visually connect with Burj Khalifa Tower at the other side of the lake, while creating a credible connection between the new observatory tower and the new neighbourhood.

We did realise that being iconic was on of the most important requirement from the client. However, being a mosque, the building had to respond to traditional rules as well.

For instance, the alignment between Mecha and the Qibla Wall was a crucial point of the project. Also, the Minaret follows this alignment, slight turning the taller part of the building to Mecha. At the same time, the building also aligns with the axis that Burj Khalifa and the new observatory, the Dubai Creek Tower create.

A modern interpretation of Sahn, the traditional islamic courtyard, becomes the welcoming area of the project while the roof can be used by 2,500 people during Eid festivals. 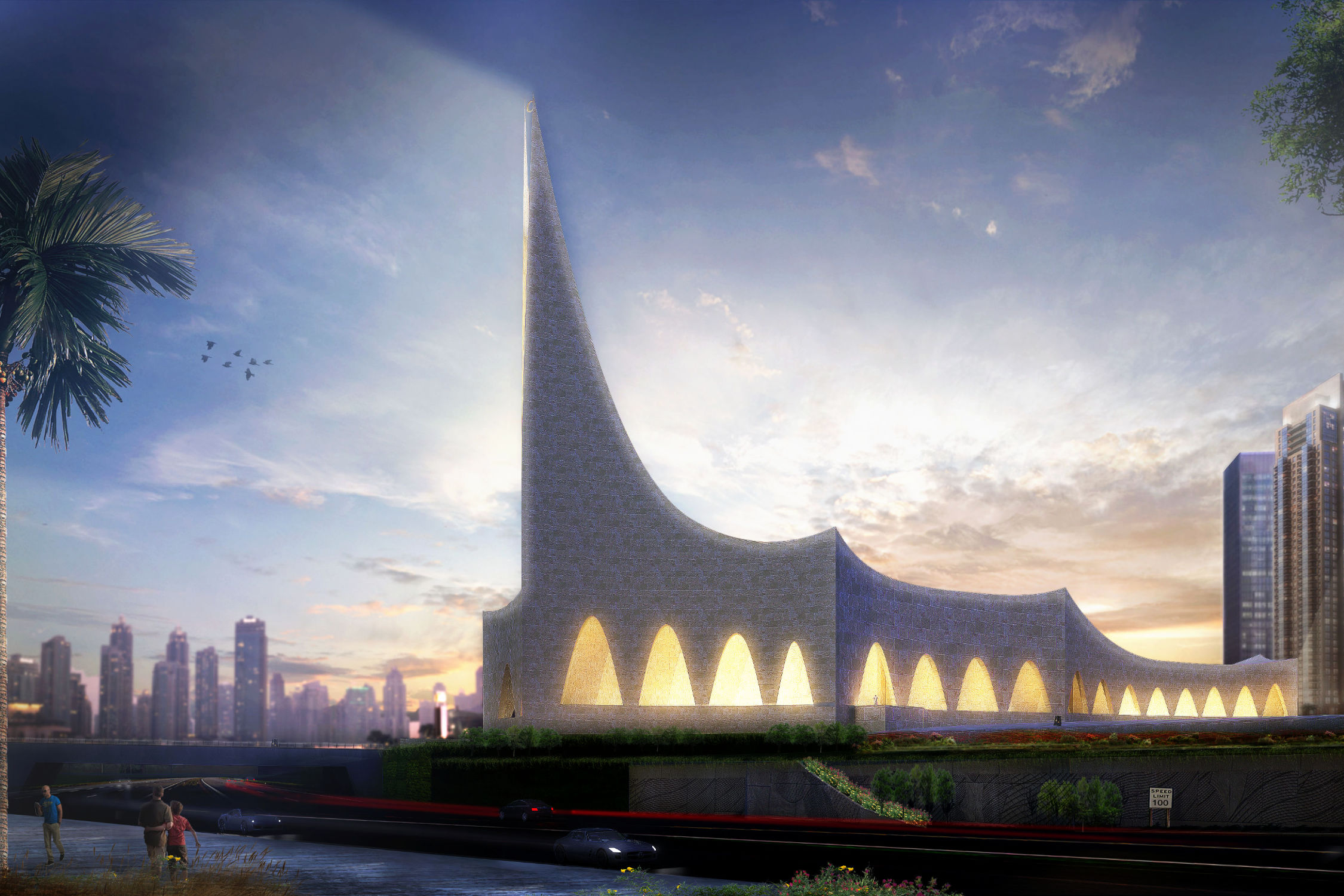 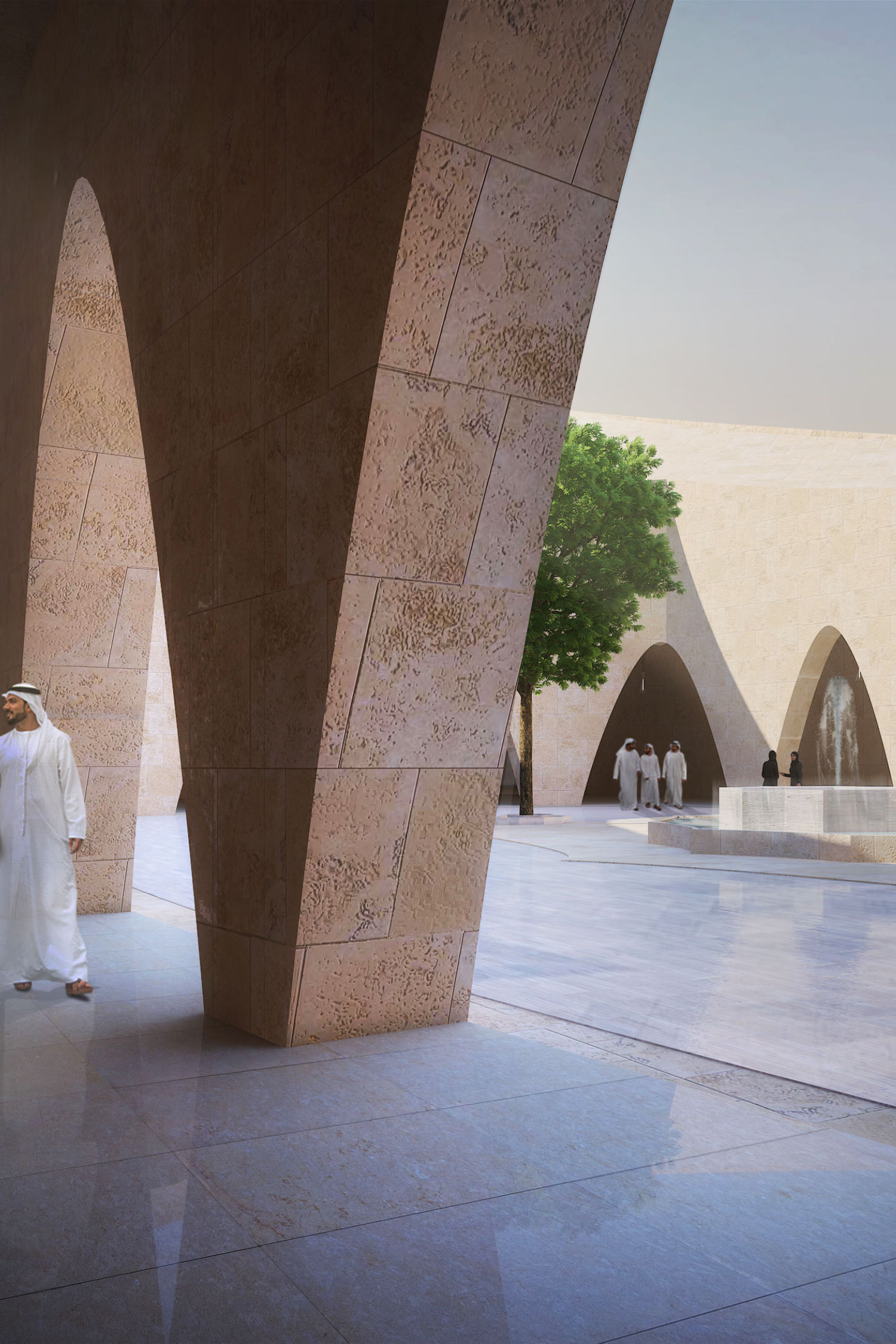 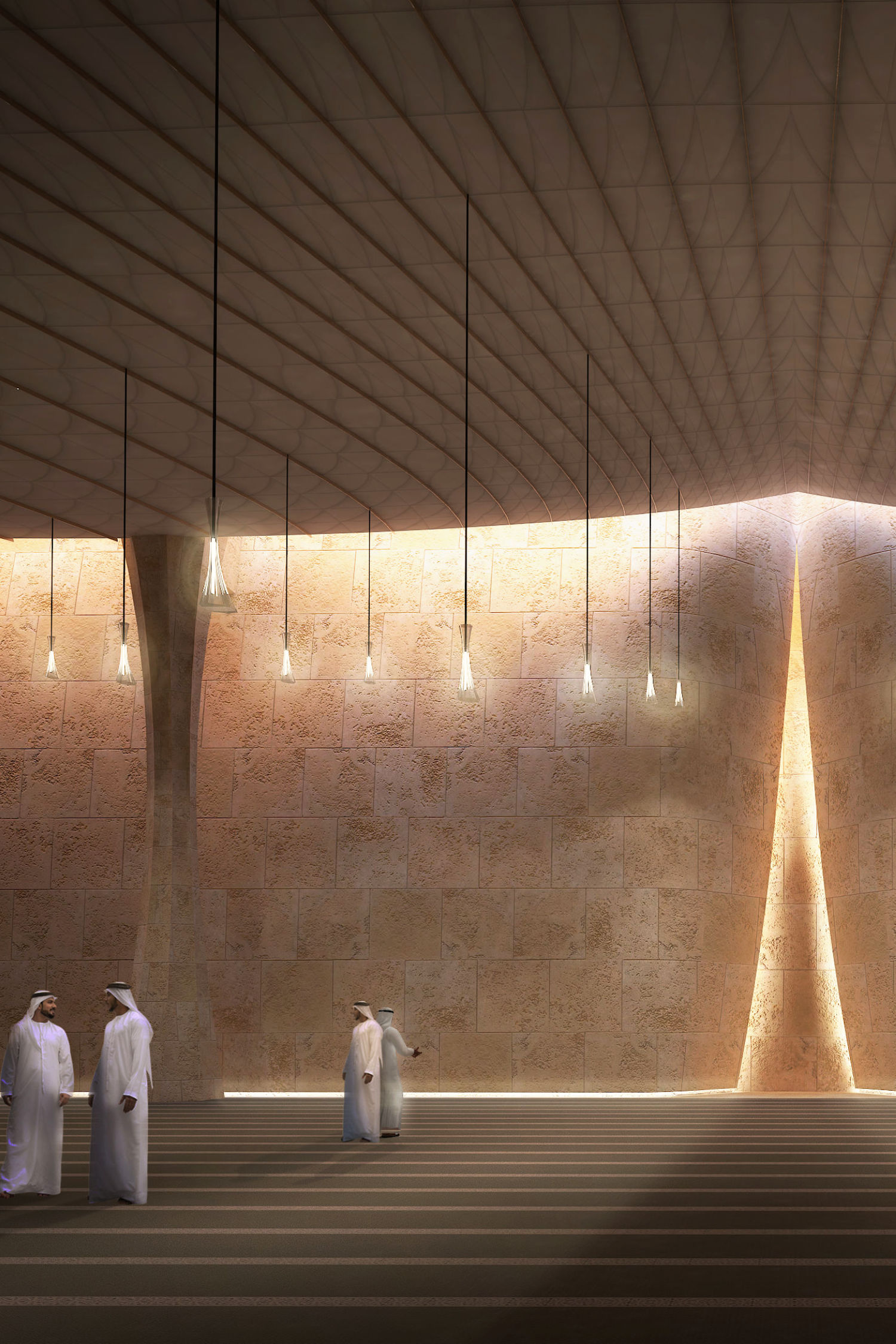 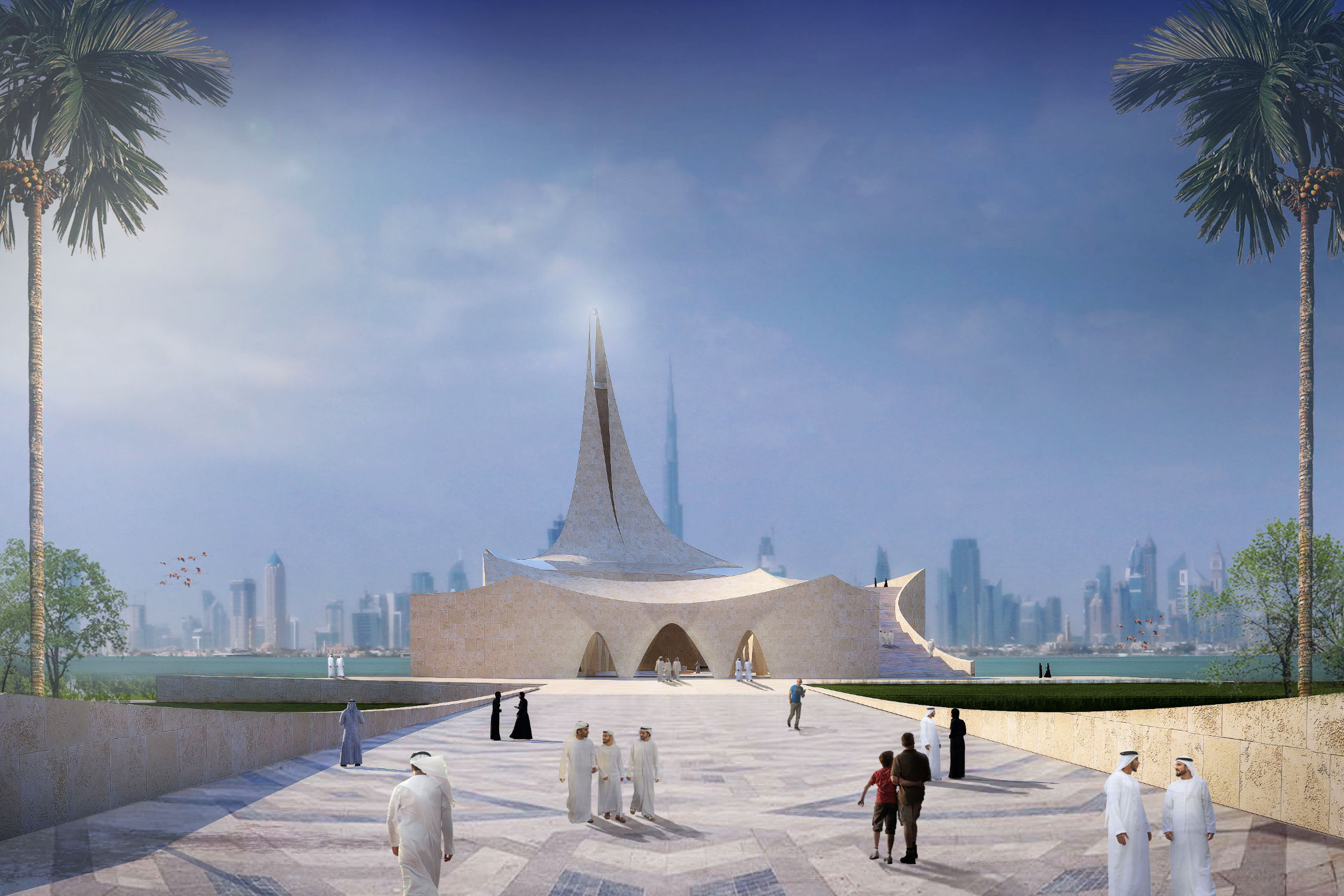 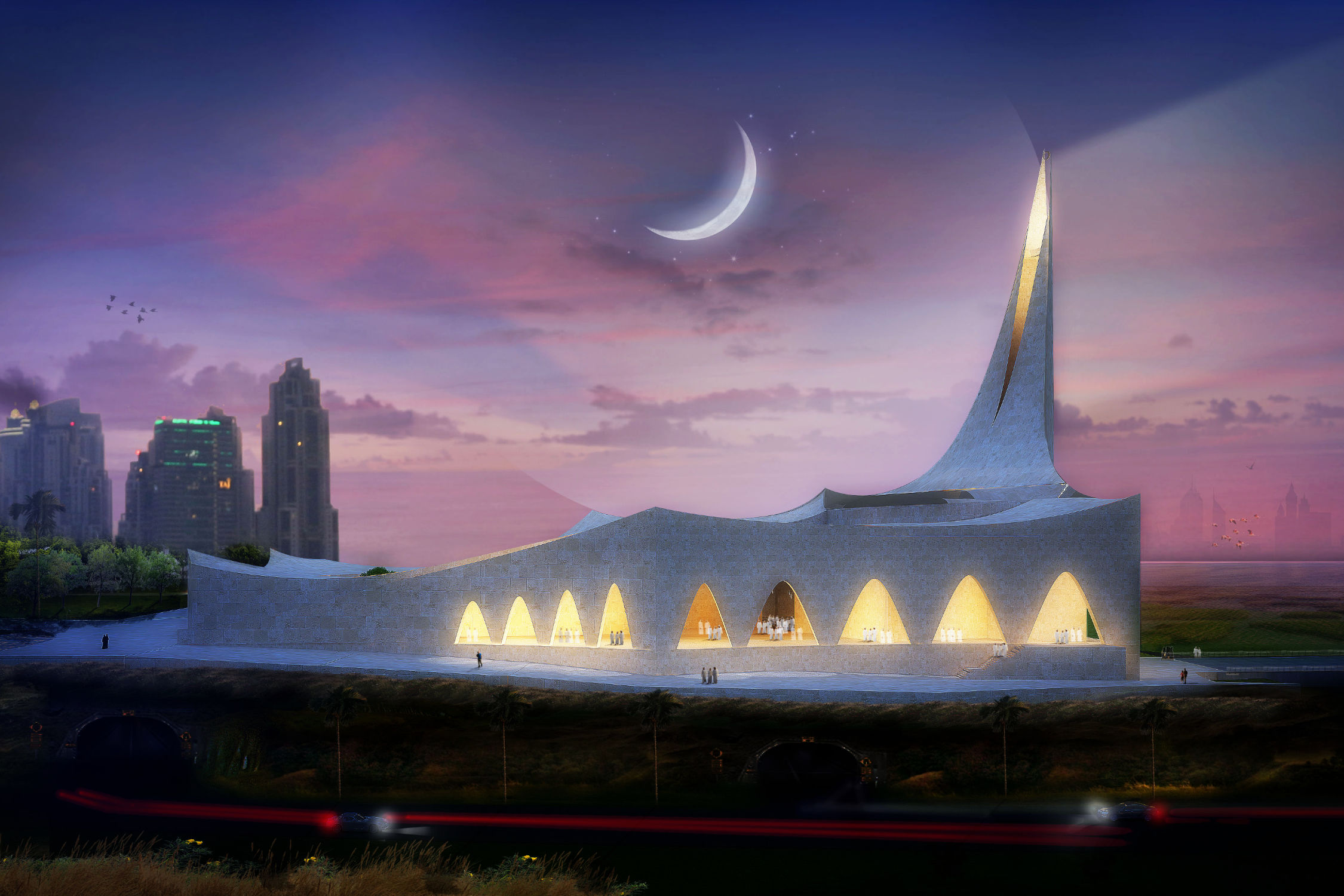 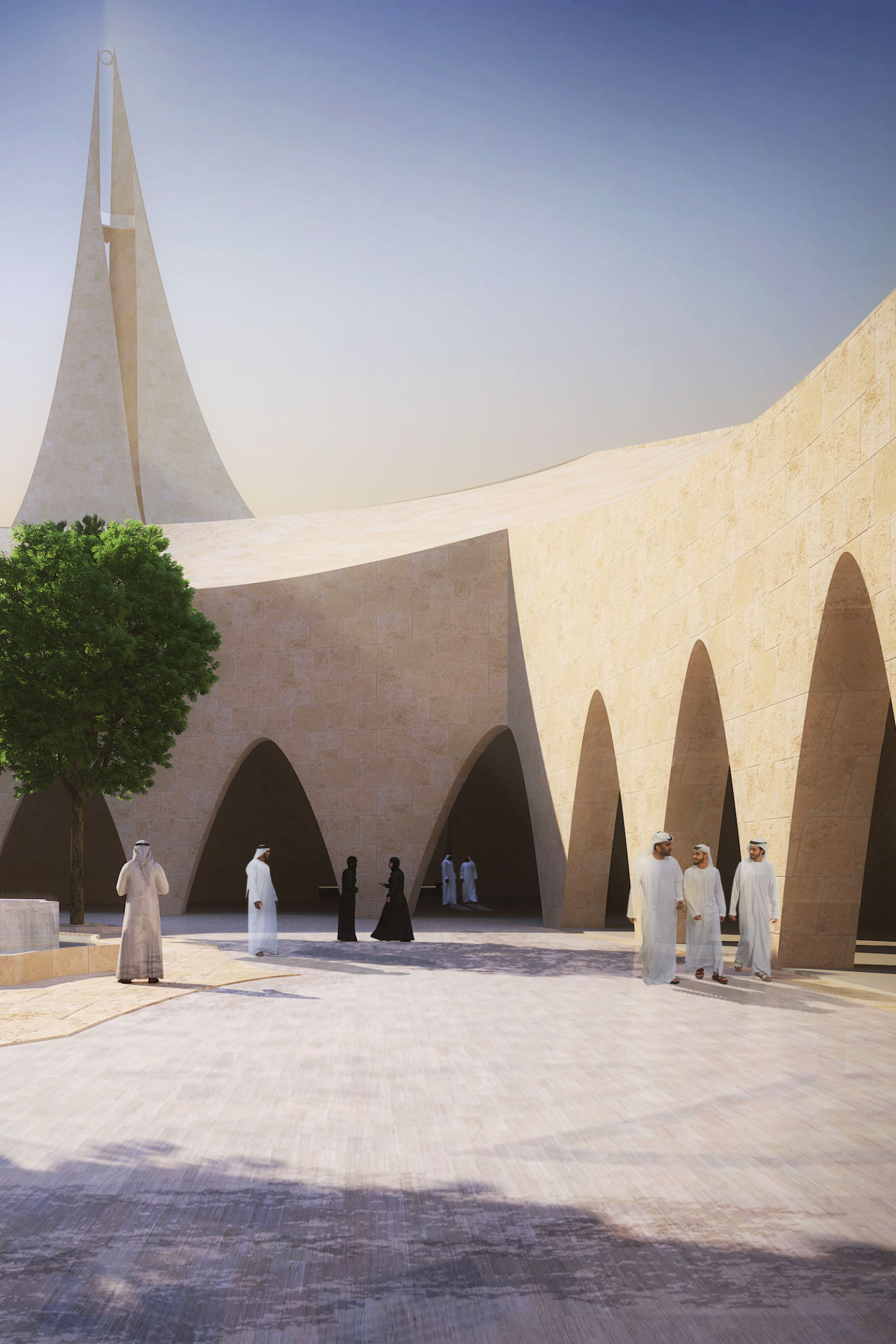